I toed the starting line a total of 17 times in 2012…more than any other year. This was a different approach than past years. Coming off of a long year training for Ironman in 2011, I decided to do lots of short races in 2012. When it was all said and done, here’s what I competed in:
(6) Sprint Distance Triathlons
(5) Olympic Distance Triathlons
(5) Road Running Races
(1) Trail Running Race
I didn’t have an “A” race for the year and while that’s not necessarily a good way to plan out a season, it worked out ok. My training was pretty consistant all year…lots of speed work and low volume. My longest bike ride was around 30 miles and my longest run was the half-marathon I ran in April. The short races are fun because the recovery time is so much quicker. There were a few times where I races back-to-back weekends; no way I could have done that if I was racing 70.3 or 140.6 races.
I finished on the podium in my Age Group 8 times and had 6 top ten Overall finishes. My best finish was 1st in my Age Group and 2nd Overall at the Tom Sawyer Sprint Triathlon in August. Thanks to all of these podium spots, I also qualified for the 2012 and 2013 Olympic Distance Age Group National Championships. While I would love to participate in this race, these out of town races are something that I can’t do right now with two little ones at home and a third on the way. Maybe in a few years I’ll try and qualify again. 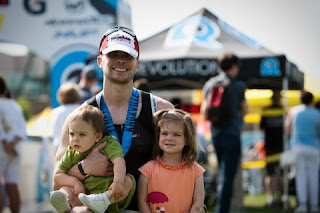 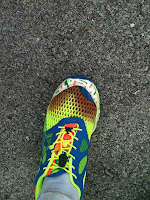 There are a few memories from 2012 that will stick with me for years to come. There is the trip that the whole family made to Knoxville, TN for the Rev3 race down there. The drive down and back was a little tough with a 2 year old and a 1 year old, but once we got there, we had a blast! I’ll also remember ripping some flesh off of my toe dismounting my bike at the Buckhead Border Challenge. My blood-stained shoe will serve as a reminder every time I put it on. I will also remember this year because it was my first year participating in the Bourbon Chase. This 200 mile team relay was lots of fun and I can’t wait to do it again in 2013, and hopefully many years to come.