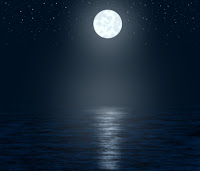 Getting up early is something that my body has become accustom to over the last 5-6 years. The mornings have become my only option for working out now that there’s a little one around. Alarm clock goes off around 5am, and most mornings I hop right up and get going. I feel a little off it I don’t workout first thing in the morning. Today was one of the days that it was not easy to get up. I still felt really tired when the alarm went off and I closed my eyes for what felt like 2 minutes (was actually 15 minutes). I ended up running about 20 minutes late. I was still able to get in a good workout, but there are days when I wish I could stay in bed.

Turns out…working out in the morning isn’t ideal:

A small group of researchers has studied the question of exercise performance and time of day, even doing studies of heart rates. And not only are performances better in the late afternoon and early evening, but, contrary to what exercise physiologists would predict, heart rates are also higher for the same effort.

One recent study, by the late Thomas Reilly and his colleagues at the Research Institute for Sport and Exercise Sciences at Liverpool John Moores University in England, found that people’s maximum heart rates and sub-maximal heart rates were lower in the morning but that their perception of how hard they were working was the same in the morning as it was later in the day.

Dr. Reilly and his colleague Jim Waterhouse, in a review published this year, also noted that athletes’ best performances, including world records, were typically set in the late afternoon or early evening.

Most components (strength, power, speed) of athletic performance are worst in the early hours of the morning, ratings of perceived exertion during exercise have generally been found to be highest in the early morning.

Regardless of what these studies show, I will continue to hit the ground running at 5am…it’s my only option!!