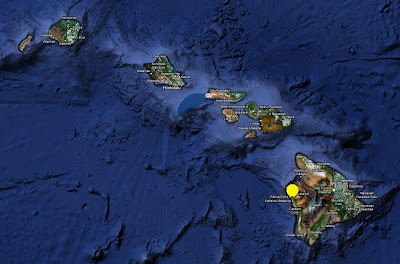 If you have been involved in the world of triathlon for any period of time, hearing “Kona” only means one thing…the Ironman World Championship. If you are not immersed in triathlon, than Koan probably brings thoughts of coffee, a restaurant or maybe just place in Hawaii. A race this Saturday on the big island will crown the 2011 Ironman World Champion. If you want details on the race, you can check out the blog posts I did before the race a few years ago:

History of the Ironman

Last year I discussed who gets to race in Kona and how they get there. Most of the 1800 athletes qualify, thus making it a true World Championship. You can qualify at any full Ironman distance race and few half-Ironman races. There were a total of 65 people that qualified for Kona at Ironman Louisville,this year 43 men and 22 women. Qualifying spots are rewarded based on where you finished in your age group. Usually the top 2-3 from each age group get a spot in the big race. I finished 112th in my age group, just two hours and twenty-three minutes behind the final 30-34 year old male qualifier. Those slow transition times killed me!
The other way to get to the starting line in Kona is to enter and win a lottery. There are only 200 spots awarded to lottery winners each year. This year, the winner from Kentucky, Scott Panella, happens to be someone that is a member of our local triathlon club and someone that I’ve gotten to know pretty well this year. Scott completed a half-Ironman earlier this season to satisfy the requirement needed to start the race this Saturday. He has never finished (only did the swim and bike by choice at IMLOU) a full Ironman race and I’m sure that he’s excited to make one of the toughest in the world his first!
I also know a local triathlete, Mike Hermanson, that qualified for Kona by running a 9:32:50 at IMLOU…yeah, he’s fast. He’s not a pro, but beat lots of them and came in 18th Overall here in Louisville. Yes, that’s correct, 18th overall.
Good luck to both Scott and Mike…represent The ‘Ville and enjoy the race/vacation!