If you are a veteran triathlete, then you understand the title of this post. If you are not, you are probably thinking that I’m referring to coffee or a sushi restaurant. 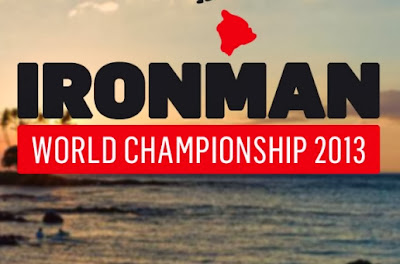 This Saturday, the Ironman World Championship will be held in Kona, a district on the big island of Hawai’i. This is the race that will air on NBC on November 16th – the telecast with all the back-stories…and very little race action. If you are like me and want to actually see the race live, you can do so on your computer. Simply go to Ironman.com and you can view live streaming video starting at noon eastern time (6am Hawaii time).
This will be the 35th running of the IM World Championship – it’s easy for me to remember because I am the same age as the race. You can find a full list of past winners here. If you don’t want to go look at the list, I’ll give you a brief history…
The first race was won by Gordon Haller in 11:46:58, just 9 minutes faster than I did Ironman Louisville this year. The men’s race was dominated by American’s Dave Scott, Scott Tinley and Mark Allen throughout the 80’s and early 90’s. From 1980 until 1995 one of those three guys won all but three of the seventeen races (there were two races in 1982). They progressively moved the winning time from around 9-1/2 hours in 1980 down to just over 8 hours in 1993. Once those legends decided to retire, the Championship jumped around between Belgim (Luc Van Lierde), Germany (Thomas Hellriegel), the US (Tim DeBoom), and Canada (Peter Reid) until 2004. That’s when the Germans made a three year run with Norman Stadler taking the title in ’04 and ’06 with Faris Al-Sultan sandwiched in the middle. The last 6 years have been dominated by the Aussies. An Austrialian has won the race every year since 2007…with Chris McCormack and Craig Alexander each winning multiple times. Last year’s winner, Pete Jacobs, became the latest Austrailan to win. An American hasn’t made it to the podium since Chris Lieto finished 2nd in 2009. Before that the US drought went all the way back to Tim DeBoom’s win in 2002. This can’t continue!
On the women’s side, it’s been a history of streaks. Streaks, not streaking (unfortunately). South African Paula Newby-Fraser won the title an amazing 8 times in an 11 year span from from 1986 through 1996. Then Natascha Badmann from Switzerland went on her own streak, taking the title 6 times in 8 years from 1998 through 2005. Then it was Chrissie Wellington from Great Britan’s turn. She dominated the sport from 2007 until 2011, wining every time she entered the race (a total of 4 Championships). So in the 34 year history of the women’s race, there have only been 17 different winners…pretty amazing. As for the American women, they haven’t been on the podium since 2006 when Desiree Ficker took 2nd. The last time an American won as way back in 1995.
So now that you are up so speed on the race, let’s handicap this year’s field. 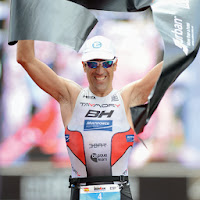 You always have to start with previous Champions that are racing again. For the men, that list is pretty small – Pete Jacobs and Craig Alexander (Chris McCormack just backed out because of an illness). Obviously, either one of these guys could repeat, but I like to look at guys that have been close over the last few years. So that would be Andreas Raelert (2nd in 2010 and 2012, 3rd in 2009 and 2011).  So if you are counting, he has been on the podium for four straight years without winning. Here is where the mental part of the sport comes in to play. What has being so close but never winning done to his confidence. Has it put him in a good place or a bad place? My guess is that he will be in the top 5 again, but still won’t bring it home. A very popular pick this year is Sebastian Kienle. He was 4th at Kona last year and won the Ironman 70.3 World Championships earlier this season. It seems like he’s raced a lot this year and he has never won an Ironman race…so I don’t see it happening at the World Championship for the first time. My pick is Eneko Llanos (pictured above) from Spain. He has finished in the top 10 at Kona three different times, including 2nd in 2008. He has two Ironman distance wins already in 2013 against tough competition. He hasn’t raced since early July, so he should be rested and ready! 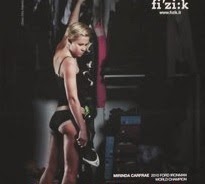 For the women, there seems to be three names that I keep hearing as favorites. Rachel Joyce (GBR), Caroline Steffen (SUI) and defending Champ Leanda Cave (GBR). Steffen was 2nd in 2012 and 2010, so she’s definitely consistent. Joyce has been steadily improving over the last few years, starting off with a 5th place finish at Kona in 2010. She then won an Ironman race in 2011 and finished 4th on the big Island. Last year she won several 70.3 races and the European Long Distance Championship. Earlier this year, she won IM Texas in dominating fashion. She’s definitely a favorite, but I’m going with Australian Mirinda Carfrae (pictured above). She is coming off of a win at IM 70.3 Muskoka and I like the way she structured her season. She started off with a 70.3 in March and then went for shorter races in the spring, including a race I did, Rev3 Knoxville (where she just barely beat me). She’s a previous Kona Champion (2010) and she has been in the top three four years running. I think she’ll stay close to the leaders on the bike and then dominate on the run!
As for the hopes and dreams of our nation, the best bets are Tim O’Donnell, Andy Potts and Jordan Rapp for the men and Meredith Kessler, Lindsey Corbin and Mary Beth Ellis for the women. Mary Beth might be one of the favorites if she wasn’t coming off of a broken collar bone. The fact is that every pro in this race had to have a good season just to be invited. It all comes down to who has the best day out there!
Be sure and visit all of my sponsor’s websites. I sought out these companies because they provide great products and services.
Swag’s Sports Shoes
Rudy Ellis Sports Medicine Center
Garden of Life
GreenBEAN Delivery
Meridian Acupuncture and Herbal Medicine
Earth Fare Supermarket