The Ironman World Championships (aka Kona) will take place tomorrow. For the first time in several years, I don’t personally know anyone racing. That will not stop me from following the race online. Unfortunately, live streaming video online is still the only way to see the event live. When Lance Armstrong was going to race, there were rumors of a live telecast, but since he’s been banned from racing, we get no such TV coverage.

For those of you that would like to watch online, just go to http://kona.ironman.com. The race starts at 6:30am Hawaii time, which is 12:30pm Eastern time.
In recent years, a lot of people have started to have negative feelings towards Ironman and their owners, the WTC. Some of this is justified, some is not. But there is still no doubt that this race is the “Super Bowl” of triathlon.
This years Pro fields are interesting. There are some big names that are not racing, and some old winners that are back again.
The Men’s race will feature the course recorded holder, and defending champ, Craig Alexander from Australia. Yes, he’s 39 years old…but he was 38 last year and dominated. I think he’s still the favorite until someone beats him. That someone could be Peter Jacobs. He was second last year and he’s a good runner…which the winner always is. It will be fun to see MACCA back out on the course and I’m sure he is ready to play mind games with the rest of the top guys. The top American contenders are Greg Bennett (winner of Rev3 Knoxville), Tim O’Donnell, Andy Potts and Jordan Rapp. Rapp has won several IM distance races and is my pick as the top finisher with USA by his name. 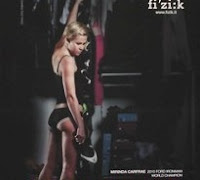 The Women’s field is once again up for grabs as the unbeatable Chrissie Wellington is taking the year off. The clear favorite has to be Caroline Steffen. She has had a great 2012 season and all signs point to her being ready to take the title. Last years runner-up, Mirinda Carfrae has had a rough season. She has finished behind Steffen in her only IM distance race this year and her times have slipped from where they were a year ago. My only hope is to have some good views of Carfrae from behind…that girl has one nice caboose (as you can see in the pic above)! The top American contenders are Mary Beth Ellis, Kelly Williamson and Lindsey Corbin.
Personally, I will be tracking Lew Hollander. This dude is my idol!
Course records are held by Craig Alexander (2011), with a time of 8:03:56 and Chrissie Wellington (2009) with a time of 8:54:02.
According to reports, NBC had planned to televise a tape of the race on October 27th. They usually don’t air it until December. I haven’t seen this confirmed recently (since Lance was banned), so we’ll just wait and see.