Carbohydrate intake is key during races…but it also needs to be a key part of your diet during training. Two simple rules which I’m stealing from Ben Greenfield are below:

1. Don’t Go Hungry. If you are going more than 4 hours between meals, it’s likely that your blood sugar levels are dropping very low. When this happens, and you eventually do eat, you’re more likely to eat more and to eat more carbohydrates. As a result, your blood sugar levels rise more rapidly than usual, resulting in a big surge in insulin levels. So rather than waiting to eat until you’re about to gnaw off your arm, give yourself a rule of snacking or eating at least every 3 hours. By planning, preparing, packaging and pre-cooking, you’ll ensure that you have adequate snacks on hand to make this form of triathlon carbohydrate intake happen.

2. Choose Carbs Wisely. The more quickly a sugar is released into the bloodstream, the faster your insulin levels are going to rise. Some carbs are “quick-release” carbs and include more sport drinks, candy, cookies and sweet tasting compounds. Other carbs, are “slow-release” carbs, and the best ones are lean dairy foods, vegetable carbs like carrots and squash, nuts and seeds, pears, berries and green apples. For proper triathlon carbohydrate intake, choose the quick-release carbs only before, during and after exercise, and use the slow-release carbs the rest of the day.

With these two simple rules, you can suddenly have enormous control over your insulin levels, your health, your performance and your body ­ and although there is obviously much more to consider when it comes to carbohydrate intake, these two rules are a good place to start. 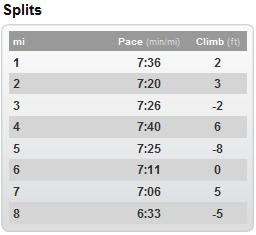