For as long as I can remember, I’ve taken vitamins. Seriously…my dad started us out on chewable multivitamins as soon as we had teeth! The Flinstones chewables were great, but I eventually graduated to a more complex adult multivitamin. I’ve changed brands a few times over the years, but I still take one everyday after I eat my post-workout meal as I drive in to work. I try to eat healthy and get all the nutrients my body needs naturally through food, but the idea behind taking a vitamin is to bridge the gap between the nutrients needed and those I actually get. Plus, Hulk Hogan always said “Train, say your prayers, and eat your vitamins…brother!” 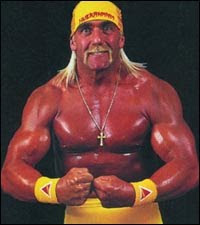 However, I’ve recently seen several studies that show that taking vitamin supplements might be doing more harm than good. What? How is this possible?

The official position of the American Academy of Family Physicians is not to recommend vitamins or other supplements for the general population. They say

“The decision to provide special dietary intervention or nutrient supplementation must be on an individual basis using the family physician’s best judgment based on evidence of benefit as well as lack of harmful effects. Megadoses of certain vitamins and minerals have been proven to be harmful.”

The news on antioxidants is even more troubling. These compounds, which include vitamins A, C, and E, selenium, beta carotene, and folate, fight free radicals, unstable compounds thought to damage cells and contribute to aging. But not only do antioxidant supplements fail to protect against heart disease, stroke, and cancer; they actually increase the risk of death, according to a 2007 analysis of research on more than 232,000 people, published in the Journal of the American Medical Association, as well as other studies.
There are obviuos benefits to vitamins, but maybe they should only be taken when recommended by a doctor? I’m not sure what to think…

YESTERDAY’S WORKOUT:
2h10m on the bike. Lots of good hills, but still managed to keep the average heart rate at 130.

TODAY’S WORKOUT:
1h40m in the bike. No spin class today, so it was just me and 25 empty bikes. I mixed in a few hills, but the main goal was to keep the HR in zone 2. Average HR was 129 with a max of 148. In total, I probably pedeled somewhere around 65 miles in the last two days.