This Sunday is the Buckhead Border Challenge Triathlon. It’s an Olympic Distance race that takes participants across the border from Kentucky to Indiana. This is the second year for the race, but at this time last year, I was training for Ironman…so I skipped this race in favor of a longer half-IM one. 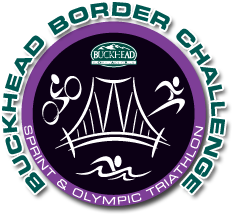 This season has been a little weird in the fact that I haven’t had an “A” race that all me training has been leading up to. My first full season on doing triathlon’s was 2009. That year, my priority race was Tri Indy, an Olympic Distance race in August. My “A” races in 2010 were both half-Ironman races, one in May and one in July. Last season it was Ironman Louisville in August. Having a race or two that all my training is gearing towards is an easy way to set up your training. This season I didn’t have a particular race that everything was building towards. So my training has been pretty steady all year.
Based on several factors (this race has a fast course, the season is winding down, my training has been going well recently and I’m very motivated to get revenge), I’ve decided to make this my “A” race for 2012. With it only being an Olympic Distance (as opposed to a half or full Ironman), there was really no need for a several-week taper, so making this last-minute decision won’t be detrimental.
This race is unique in the fact that participants will have to take a shuttle across the Ohio River to get to the swim start. Transition areas will be on the Indiana side, but the race starts on the Kentucky side of the river. As you can guess, the 1.5K (0.93 mile) swim requires you to swim across the river. This is no easy task since the river has a pretty steady current. Due to the current, it’s impossible to swim straight across; so the course will have us swimming at an angle. It’s supposed to rain for the next few days, so hopefully the current won’t get too fast to make staying on course difficult! 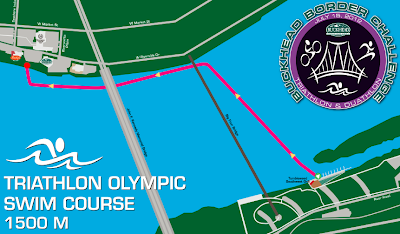 After exiting the water, the 40K (24.9 mile) bike course will consist of two loops of a 12+ mile course. The route is very flat and should be fast. I will once again cut down the weight on my bike to only the essentials. I think I’m going to switch back to gels as opposed to the Hammer Perpetuem I used during the Southern Indiana Tri. My legs just ran out of juice last race and since I never had that happen with gels, I’ll try switching back. The reason I went with liquid fuel was to make my bike more aerodynamic by removing the gels I typically tape to the top tube. I’m not going to tape them there, but I need to find a place to store them…somewhere on my body.
The 10K (6.2 mile) run was supposed to take racers back into Kentucky across the Second Street bridge. But due to the never-ending construction on Interstate 65, they could not get the bridge closed for the race. So we will instead take and out and back course along the Indiana side of the river. Scenery should be beautiful and will help to numb the pain. I like out and back bike and run courses because it lets me count racers and see what position I’m in.

I’ve been off of gluten for two weeks now and I’m feeling pretty good. I’m taking probiotics twice a day as well as L-Glutamine before bed to help heal my gut. This, in addition to putting in some good workouts over the last three weeks has me pretty confident heading into the race this weekend. I’m really excited to get out there and see what I can do!