This my 400th post…and I have chosen to devote it to my gut. More specifically, the results of a recent complete Gastrointestinal panel test that I had done. I was tested for parasites, allergens for cow’s milk, soy, egg and gluten, intestinal function and overall gut heath through multiple stool and saliva samples. Yes, you read that correctly.
If you want to know more about the process of collecting the “specimens”, send me an email…I’ll spare the rest of you the details. I collected the samples and sent them to the lab on May 29th. Last week, I received the results in the mail. I’ll do my best to explain what the results mean and what the recommended action to correct them should be. 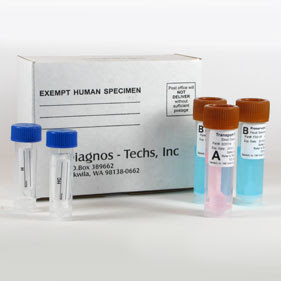 – Based on this abundant amount of gram positive flora, but a rare amount of gram negative flora, I need to eat more probiotics. I already eat Greek yogurt every morning with live active cultures, but apparently this isn’t providing me with enough good bacteria. So I’ve ordered a capsule form of probiotics and have also started drinking Kefir on a daily basis.

less than 1 mg/100g dry wt – Low
– Intestinal Secretory IgA (SIgA) inhibits the binding of microorganisms to mucosal (stomach barrier) surfaces, preventing entry into the body. This is basically a test of my gut immune system function. This means that I don’t produce the normal amounts of these antibodies. I need fortify my intestinal membrane (mucosa). This can be done by taking the supplement L-Glutamine. I picked some up a Whole Foods this morning. I’ll start taking one capsule before bed each night. A little research shows that it’s best to take on an empty stomach for optimal and quickest absorption. Glutamine is absorbed in the small intestine, which is the main transport system for absorbing amino acids after protein is physically broken down in the stomach. Taking glutamine on an empty stomach eliminates the need for it to compete with other amino acids for absorption during this process.

62 mg/100g dry wt – Elevated
– Indicator of ongoing colonic inflammation. This can be lowered with anti-inflammatory enzymes and/or by removing the antagonists, such as allergens or enteropathogens. I will start taking some digestive emzymes to see if I can get this level back to normal. Below you will see that my test results for a gluten allergy were negative, but were actually positive…yeah, it’s confusing. So by eating gluten, I could be causing this inflammation.

– Even though I tested negative for a gluten allergy, when you have a low Total Intestinal SIgA, this result is considered a “false” negative. They test the gluten on the SIgA to see if there is a reaction. Since I have very low amounts of SIgA, they were unable to get a reaction. The research indicates that a negative result is only 71% accurate and a positive result is 97% accurate. The only true way to find out if I have an allergy to gluten is to cut it out of my diet. The test results recommended that I avoid foods containing wheat, rye, barley, bran and basically all bread and pastas until I get the SIgA levels up and can retest.

Saliva Test for Roundworm
Not Detected

Saliva Test for Tapeworm
Not Detected

So what does all this mean? It means that I’ve definitely got something bad going on in my gut. I obviously had an idea that there was a problem, since I ordered the test.  I called the testing lab and discussed my results and they basically told me that everything that was abnormal could all be tied to a gluten intolerance. On the other hand, I could have some other issue causing the inflammation and low levels of good bacteria that is not related to gluten at all.
I eat a pretty clean diet as it is, no bread or white pasta. But I do eat Ezekiel cereal almost every day, as well as oats and whole wheat pasta at least once a week. So I’m going to make an effort to completely eliminate gluten for a few weeks and see what happens. My poor wife…I continue to make it more and more difficult for her to fix dinner for our family. Sorry babe.