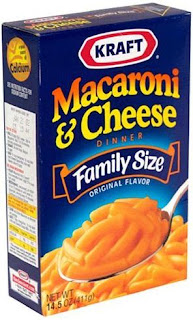 Over the last three decades, repeated studies (easy to find online) have concluded that even modest doses of artificial food dyes/colors can provoke hyperactivity and other disturbed behavior (cognitive disturbances, compulsive aggression, asthma, hives, low-serum iron and zinc, irritability and poor sleep) in children. They aren’t good for us adults either! While our own government (Food and Drug Administration – FDA) has decided to look the other way when it comes to the side effects of these dyes, the British government (Food Standards Agency – FSA) banned the use of six dyes back in 2009. The dyes banned are Tartrazine, Quinoline Yellow, Sunset Yellow, Carmoisine, Ponceau 4R and Allura Red.
Once this ban was put in place, the food manufacturers that I mentioned above (as well as others) didn’t stop selling their products in the UK, they just started making them without the banned dyes. So clearly useable alternatives exist. So why are these companies selling two versions of their products now? A version without food dyes for the UK, and a version with food dyes found to cause hyperactivity for the US? Why not just switch the manufacturing process for all of the goods produced and eliminate these dyes for Americans as well? It’s simple – they don’t have to. The FDA met in March of 2011 to look deeper into this issue of dyes and their effect on children. Their conclusion was that…

“…a casual relationship between exposure to color additives and hyperactivity in children in the general population has not been established. For certain susceptible children with ADHD and other problem behaviors, however, the data suggests that their condition may be exacerbated by exposure to a number of substances in food, including, but not limited to, synthetic color additives.”

The complete report can be found here. So despite the fact that they admit these dyes have a negative effect on children, even if it is just those with ADHD, they still see no issue with them being put in food that is readily available. If nothing else, they could require these companies put a warning label on foods that contain these dyes. Let’s face it, most parents don’t read labels…and even if they did, would they know that Red #40 or Yellow #5 are potentially harmful? Doubt it.
While I’m not going to directly tell you to call Kraft and Coca-Cola to complain, my advice is the same that it has always been. Don’t eat food with labels.

I understand that this is a unrealistic goal for some families, so here is a list of dyes to avoid: 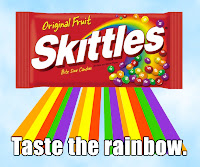 You can find lists of other foods that contain these dyes by just doing a simple internet search. Or write them down and just look for them on labels at the store.
I have children. I get that it’s hard to completely avoid packaged foods, especially sweets. But we are talking about things that have long-term side effects. Do what’s best for your health and the health of your children – they may not won’t thank you now, but they will later! 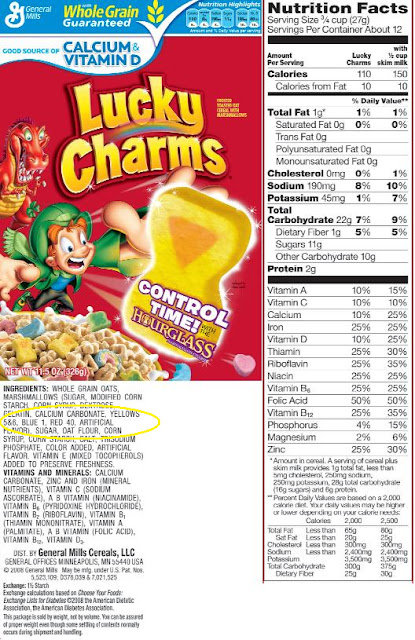