I’m about two weeks late on this, but I wanted to share my thoughts on the whole Lance Armstrong fiasco. For those of you that live under a rock, I’ll bring you up to speed…
June: The USADA (United States Anti-Doping Association) officially charges Armstrong with doping and trafficking of drugs, and was suspended from competing in cycling and triathlon.
July: Armstrong files a lawsuit in federal court in Texas against the USADA, but a judge threw it out the same day. The next day, Armstrong refiled the suit, while three former U.S. Postal Service cycling team associates received lifetime bans.
Aug. 20: A federal judge throws out Armstrong’s revised lawsuit, leaving him three days to decide if he would head to arbitration to fight charges.
Aug. 23: Armstrong announces he will not go to arbitration. “The toll this has taken on my family, and my work for our foundation and on me leads me to where I am today – finished with this nonsense,” he said in a release.
These are just the most resent events in the Lance/doping saga. Since he won the fifth of six straight Tour de France titles in 2003 he has been up to his ears in controversy. It started with a French newspaper saying that blood samples taken after the 1999 title were retested and showed EPO (a performance-enhancing drug). Since this initial report, many, many former teammates (and some of their wives), other riders, personal assistants, and anyone else that was asked has said that they either saw him take the performance-enhancing drugs or heard him say that he did.
Despite all of this circumstantial evidence, he has NEVER failed a drug test. By his count, there have been over 500 of them throughout his career. 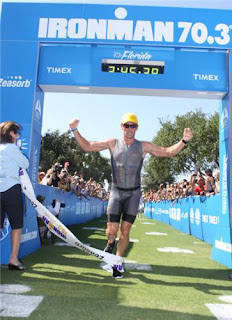 I’ve never been a huge Lance fan (he comes off as pretty smug sometimes), but I feel like this is a witch hunt. For whatever reason, the USADA, professional cycling, everyone in France and most of his former teammates want to see him get busted…and they have all tried their best to bust him for over 15 years now. With no positive tests on record, they have continued to dig up all of these former teammates and personal friends to try and get enough people to say he cheated that it becomes assumed.
I don’t know what I believe. If he didn’t cheat, why would all these people say that he did? Because he was a jerk to them? Doubt that’s motive enough. If he did cheat, then where are the positive tests? In a sport where literally hundreds of riders have been busted cheating through blood samples, how did Lance beat the system when so many others couldn’t?
The USADA stripped Lance of every title that he won since 1998 and banned him for life from cycling. What I’m really sad about is the fact the USADA has also banned Lance from competing as a pro triathlete. I remember all the excitement surrounding the sport when Lance came back to triathlon.
Armstrong made his return to triathlon in the inaugural Ironman 70.3 Panama race, on February 12, 2012. He raced as a pro, finishing with a time of 3:50:55, 2nd overall. He also entered half-Ironman distance races in Texas (7th) and St. Croix (3rd) before breaking through with victories at Ironman 70.3 Florida and Ironman 70.3 Hawaii. Armstrong had planned to race Ironman France in an attempt to qualify for the 2012 World Ironman Championship in Kona, Hawaii. There is little doubt that he would have qualified.
As you can see, he was doing big things in the sport and was about to take it to a whole new level of media coverage. There were even rumors of LIVE coverage of the Ironman Championships this year…that won’t happen now that Lance isn’t racing. I guess we’re back to only being able to watch live triathlon’s streaming online, and then having to wait months for them to appear on a random Fox Sports TV channel.