I have an injury. A pretty serious one. One that will keep me from running between now and Ironman (which is in just 33 days)! I say that this is the second worst time to have an injury because the only time that I can think of that would be worse would be the day before the actual race. That would leave no time for rehab or rest.
If you are friends with me or follow me on facebook, you already know all about my “situation”. If not, I’ll fill you in.
When it happened
I was out on a long run a week ago this past Thursday (7/14/11). It was to be the second to last long run before IMLOU. I was scheduled to go 16 miles. I felt a little twinge in the outside of my left knee about 4 miles in. It went away. I felt it again around 5 miles. This time it lingered. It wasn’t enough to make me stop running and it wasn’t hampering my form, so I continued to run at a nice easy pace. By the time I got to mile 6, it was starting to hurt. I know not try and push through injuries, so I stopped. I walked a little bit, did some stretching and then attempted to run again. No dice. The brief stoppage made it worse and it actually hurt when running now. I turned around and started to head back. I walked some more. Tried running again. Very painful, so much so that my running gate was altered. I made a few phone calls and was fortunate enough to have someone come get me and drive me the 5+ miles back to my car.

What is the injury?

Although I’ve never had this specific injury, I know all about it. There are articles written online and in every running magazine about it. It’s very common among long distance runners. It’s called IT band Syndrome (ITBS). IT is short for Illiotibial. The IT band begins in the hip attached to the glute muscles. The fibrous band of tissue goes down the thigh, crosses the knee joint along the outside of the patella (knee cap), and then attaches to the tibia (shin bone). The IT band functions as a primary stabilizer during running, keeping your legs straight as it absorbs the impact from hitting the ground with every stride. The injury typically starts out as tightness and progresses to the point where the pain is debilitating. I’m sure my IT band was tight, but I didn’t have any warning signs that the pain was coming until it was there. The tightness/pain comes from the IT band losing it’s strength (usually from overuse). The band becomes inflamed and often rubs on the knee bone, causing the pain.

More on what it does

In order to understand why I have ITBS, I need to explain a little more about what it does. The main functions of the IT band are to assist the hip muscles in abduction (outward movement) of the thigh and to stabilize the lateral side of the knee. The band itself is not a strong structure, and if the surrounding muscles (basically all leg muscles) have any weakness, it can lead to ITBS. I have weak hip muscles, specifically my abductors. You would think that all the years of lateral movement from basketball, baseball/softball and ice hockey would have strengthened these muscles, but I guess they’ve weakened over the years. Odd thing is, I’ve been specifically targeting my abductors in my strength training for the last few months. I guess the damage was already done.
Recovery
Based on all the knowledge I had prior to my injury, I knew that ITBS is not something that you can recover from quickly. Depending on it’s severity, the syndrome can last anywhere from weeks to years before you can expect to run long distances pain-free. This is not ideal for someone (me) planning to run a full marathon in less than 5 weeks! The day of my injury (actually while I was waiting on a ride), I began to search the internet on my phone for recovery advice. There are lots of techniques and suggestions out there, and since I have only a few weeks to try and recover, I’m trying them all! Here’s what I’ve been doing, along with no running: 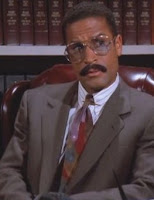 After doing all of this (with the expection of the aqua jogging) for a week, I decided to go for a test run last Thursday (7/21). I only made it about 5 minutes (3/4 of a mile) before I felt some pain. I immediately stopped. It was very discouraging to spend a week doing rehab and have no results. All I can do now is continue to do all of the above and hope that I’m healed enough come August 28th to run, or at least jog the marathon!
The good news is that I can bike and swim without any pain. I’ve heard that ITBS can sometimes show up during cycling, so I’m thankful that this isn’t the case with me. I’ve done rides of 80 and 70 miles without any sign of pain since the injury.
I’m trying to remain positive. It’s not easy. My confidence was very high after the Cardinal Half-Ironman on July 9th. I felt strong during the race and recovered very quickly. I had no doubts that I could complete Ironman and knew that I was peaking at the right time. It was only 5 days later that I suffered this injury. Now my emotions are all over the place. I’m going to lose running fitness between now and race day…no two ways about it. I will not be at my best. But does this mean that having a successful Ironman is out of the question? No.
The most read post on this blog is one titled Mental Training: Emotions. It’s been viewed 1,152 times as of the date that I’m writing this post…that’s more than twice as many times as any other post I’ve made. So why is this one so popular? I think it’s because dealing with your emotions can be tough. I’m very disciplined when it comes to my training. I never miss a workout, I never hit the snooze button on the alarm clock. I don’t cut the workout short because I’m tired or out of energy. However, I’m not as disciplined when it comes to keeping my emotions in check. I try to have only positive thoughts, but I find negativity constantly creeping in. I have a feeling most athletes are like this.

3 Responses to “Second Worst Time To Have An Injury”