So in my post last week, I indicated that if UofL won their game Saturday night, I would likely party all night and give up the idea of racing on Sunday morning. Well, they won; I partied all night; and I still raced Sunday morning.
It was a crazy afternoon/evening on Saturday. I got to the wedding venue around 3:00pm, game time was 4:30pm. We did pictures and were able to catch bits and pieces of the first half the game on various forms of video and audio (live game feed on my phone, an actual TV, and an AM radio). The wedding ceremony started at 5:30, which coincided well with half time of the game. Dana and Matt had a very memorable, but short ceremony and we were able to catch up with the game only a few minutes into the second half. We took some more pictures and then found a small bar in the same complex as the wedding and actually watched the last few minutes of the game live in a bar full of Cards fans – awesome atmosphere! They pulled off the upset win, which segwayed nicely right into the wedding reception…and LOTS of partying and dancing…until almost 12:00am. 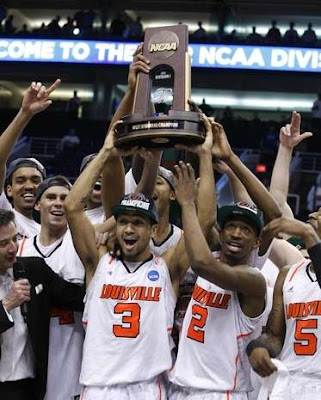 When Jessica and I finally made it home and my head hit the pillow it was around 1:00am. I went ahead and set my alarm for 5:30am, thinking I would see how I felt when it went off before making my decision about racing. With about 4 hours of sleep, the alarm went off and I felt surprisingly good. I think I was running an adrenaline from all the craziness that occurred on Saturday.
I hadn’t packed up my gear the night before like I usually do, so I stuffed down a sweet potato and packed up all of my stuff. I was out the door by 6:45am.
I was still feeling fine by the time I made it to Shelbyville and got my transitions all set up and ready to go without any problems. They only time I started to feel tired was right before the race started, when I was standing around talking with other triathletes…and waiting…and waiting.
This race was done in the traditional order, swim first, then bike, then run. The previous two have been reversed due to the cold weather, but temperatures in the low 50’s made for idea conditions this time around. We were seeded and started in time-trial fashion with someone leaving every 10 seconds. I registered early and gave an estimated time of 6 minutes for the 400 yard swim, so I was near the front of the line.
I knew the guy that was starting directly behind me, and he’s a very fast swimmer…so I expected to get passed pretty early on…and I was. He made up the 10 second difference within 75 yards. I never really felt like I got in a good rhythm in the water, but I was only passed one other time…by the guy that ended up having the fastest swim split of the day. My time was 43 seconds faster than a sprint I did in this pool last year, so I can’t complain too much.
Official 400 yard swim time = 6:18.7 (1:34 per 100yd)
4th out of 15 in my Age Group
19th out of 135 Overall
I exited the pool and ran outside to transition, fulling expecting to be freezing. But the combination of warm water and a hard swim had my body temperature pretty high, so the cool air felt good. I put on my socks (still not going sock-less on the bike and run), race belt, sunglasses and helmet and took off. No problems getting my feet in my shoes again this race. I’ve pretty much got this transition stuff mastered.
Official T1 time = 1:07.4
2nd out of 15 in my Age Group
9th out of 135 Overall
I knew the bike course well, so I just hammered down from the start. I only managed to pass two people on the two loop course, but felt the burn the whole way. It was a little congested with all the added swimmers that had made it out of the water by the time I got around to my second loop. I only slowed down for a few seconds to squeeze down a gel about half-way through. This was the exact same 12 mile course as the race last month…only this time it was done after the swim instead of after the run. It’s amazing what a difference this makes. I shaved almost 3 minutes off of my bike split from last month…crazy.
Official 12 mile bike time = 30:58.3 (23.2 mph average)
3rd out of 15 in my Age Group
13th out of 135 Overall
I came into T2 feeling pretty good. I dismounted my bike and ran it to the rack. I pulled off my helmet and went to slip my running shoes on. As I pointed my toes to put my right foot in the shoe, my calf immediate cramped up. I stretched it for just a second and then went to put my left shoe on…same thing – another cramp! I took another few seconds to try and stretch it out to relieve the pain. Needless to say, this was not a good way to start a 5K run. Both calves were very tight as I started the run…I guess I was a little dehydrated from the festivities the night before.
Official T2 time = 00:40.2
4th in my Age Group
18th out of 135 Overall
I started the run out pretty easy, trying to loosen up my calves. They weren’t cramping anymore, but they were definitely tight. They were on the verge of locking up the entire time. This run was brutal. The lack of sleep and bodily abuse finally caught up with me. I struggled the entire run. It was only a 5K, but I had to break it up into shorter segments in order to mentally get through it without stopping or slowing down. There was a guy in front of my that I was trying to catch, but I just couldn’t close the gap. Good news is that no one passed me either. I ran the first half of the out-and-back course in 10:41, so I knew that I need to dig deep to keep from posting an embarrassingly slow time. I did the second half in 10:17 and finished with the tank on E.
Official 5K run time = 20:58.3 (6:44 min/mile pace)
3rd out of 15 in my Age Group
10th out of 135 Overall
This obviously wasn’t the ideal conditions for me to try and race in, but I wouldn’t change a thing. The wedding and celebration on Saturday night was awesome. The added pain it caused was well worth it!
Overall Race time = 1:00:02.9
3rd out of 15 in my Age Group