I just thought I should explain myself a little for those of you that are new to my blog.

I’ve read lots of posts on social media over the last few weeks where people put up the outrageous amount of miles that they spent running, biking and swimming in 2014. Believe me, I’m not posting my stats to try and compete with anyone. My numbers are low…but that’s how I train. I’m not a high-volume athlete. It’s about quality over quantity for me.

So with all of that out of way, I’ll get around to sharing my actual numbers for the year. 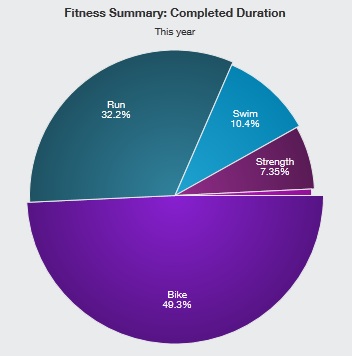 Just to put that in perspective, I have friends that ran over 2,000 miles in 2014…I barely covered that much ground if you include my riding and swimming WITH my running! If I break this down, it only adds up to 4 hours and 10 minutes of training per week over the course of the year. That really doesn’t seem like long enough to be significant, but I focused on getting faster in 2014 and trained for speed, not distance. The style of training I used paid off as I managed to record a PR for an Olympic Distance triathlon, took first overall in a Sprint Distance triathlon and finished on the podium in nine out of the twelve triathlons I competed in.

When comparing this past year’s mileage and times to those over the last six years, I notice a few things. First off, I need to find time to get into the water more often. It’s so easy to ride on the trainer at home or walk out the door and run…but driving to a pool takes time and with three kids and a demanding job, I have very little extra time to spend driving back and forth to my workouts. My swim times during races were down this year…I think I know why! I also notice that I really didn’t like to ride my bike in 2012! 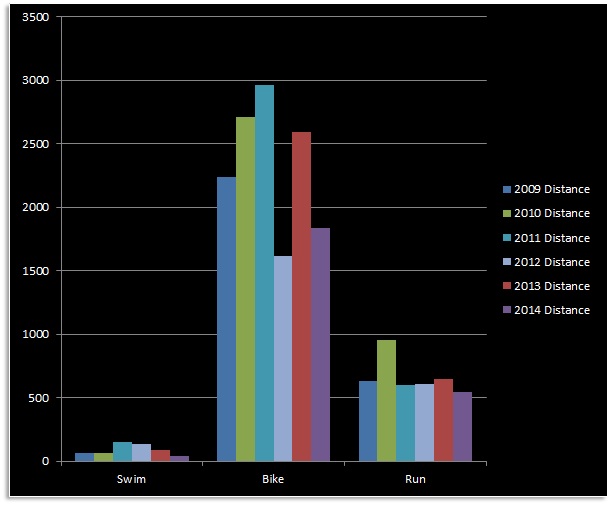 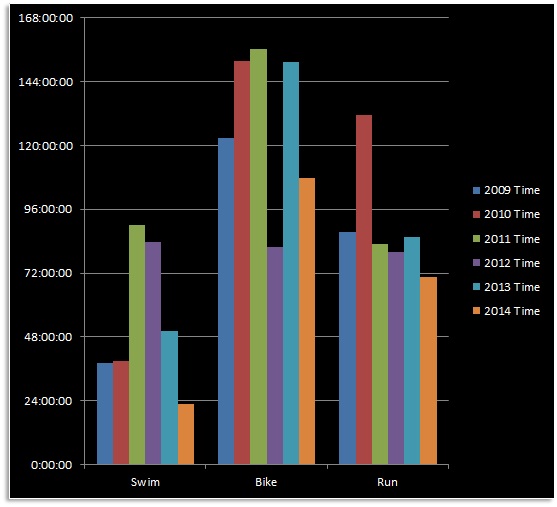 I haven’t finalized my race calendar for 2015, but I’m planning on doing some longer distance races. I’m excited to see how/if last year’s speed training will translate over to endurance training this year.