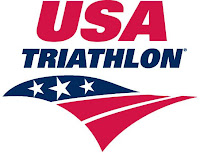 The rankings for last season have been released by USAT. The rankings are calculated as a comparison between an athlete’s race time and the projected time of the best age grouper (aka Amateur) in the rankings. It’s basically like calculating a golf score. The best athlete’s time is “par” and your score is calculated based on how far off of the “par” race time you were. For example, if the par time of a sprint race is 60 minutes, someone who completed the race in 72 minutes would be 20% slower than the best age grouper, calculated as a score of 80. Note that since the best athlete’s in the country don’t run every race, the par times are usually estimated.

So if this hypothetical “best amateur triathlete” was ranked, his score would be 100.

So now the question that everyone wants to know…where was I ranked???

I finished with a score of 74.46717 and ranked 1539th in the country in the Male, Age 30-34 class. Six of my seven races from 2010 were figured into my rankings. Unfortunately, my best race from last year, the Tom Sawyer Sprint Tri (finished 3rd in Age Group and 8th overall) was not counted because it was not registered as an official USAT race. If this race would have counted, it may have bumped me into the top 1200…so close!

Here are my scores from each race:

I’m not sure what significance any of this has, other than it’s cool to see my name listed on the USAT Rankings and trying to score higher this year gives me another goal!