Building fitness is obviously the key to being physically able to complete a 2.4 mile swim, 112 mile bike and 26.2 mile run all in one day. But it’s impossible to do all of this without properly fueling your body during the race. Being fit is no guarantee to success on the day of Ironman, I need to learn and practice my nutrition requirements just as I practice swimming, biking and running. Nutrition is the fourth discipline and cannot be taken lightly.

Not planning or practicing nutrition has cost many people the chance to realize their dream and finish the race. I guarantee that almost every triathlete training for an Ironman knows what their heart rate, average speed and predicted times are for each discipline, but how many know exactly how many calories and milligrams of sodium they need per hour during the race? Believe it or not, taking in just 100 fewer calories per hour during the bike than necessary can result in you not being able to finish the run and getting a DNF!

As I’ve ventured out on some long rides lately, I’ve been practicing my nutrition. I learned during last season that I don’t handle eating solids on the bike too well. My body simply does not digest solid foods when I’m bent over riding so they sit in my stomach…keeping me from digesting anything else (including liquids) that I drink or eat. So now during my rides I only use liquid and gel as fuel, no more Powerbars for me!

While I felt like I was drinking and eating gels almost constantly during this ride, my nutrition was WAY under what it needed to be. I began to lose energy during the last half hour and the 2 mile run I did immediately off the bike was a struggle.

So as you can see, my fuel consumption per hour was higher on my second try…but still not quite high enough. From the research I’ve done online and through my own trial and error, it seems that my required calories on the bike will be close to 400 per hour along with 800-900mg of sodium per hour. I will also need to drink between 20oz and 24oz of clear water per hour. The Athlytes capsules will provide the sodium I need and the combination of Perpetuem mix and gels will take care of my calories. I bought the Perpetuem solids to try, but they are very chalky (imagine eating about 5 of those valentines candy hearts at once) and take up a lot of space in my Bento box. From now on, I’m sticking the the Perpetuem in liquid form. 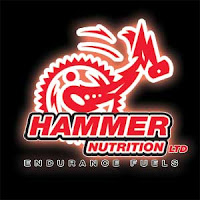 For Ironman, I can divide the bike and run into halves since I will have access to a “Special Needs Bag” at the half-way point of each. I can put four scoops of Perpetuem in a bottle and along with 7-8 gels taped to my bike frame and have enough calories for three hours, or half of the bike. I will need to take five Athlytes per hour to get 875mg of sodium. So if I store 15 capsules in my Bento box, that will last me three hours. I can then have more mix and capsules in my Special Needs Bag for the second half. I will probably just tape 15-16 gels on the frame to last the entire ride.

I sure am giving Hammer Nutrition a lot of free advertising…maybe it will translate into a sponsorship in 2012?????

The plain water required will come from refilling a 24oz bottle every hour at the aid stations, which are approximately every ten miles apart on the bike. I should be hitting one every 30-35 minutes, so having an empty bottle ready to refill with water every other station will be the plan.

I’m still working on my running nutrition, I’ll need to wait until my brick runs get a little longer to see how well I can handle the Perpetuem on the run.

I’ll test out this plan several more times in the next few months, including during the two half-Ironman races I have planned. Come the morning of Ironman, I will have no doubts as to what my nutrition needs will be!