The word Gluten mean “glue” in Latin. In simple terms, it’s the glue that holds breads, cakes, pastas and other wheat products together. Gluten gives dough its elasticity and makes the final food product chewy. If you’ve ever made bread or cookies from scratch, you know how sticky the dough can be. This stickiness is the gluten. 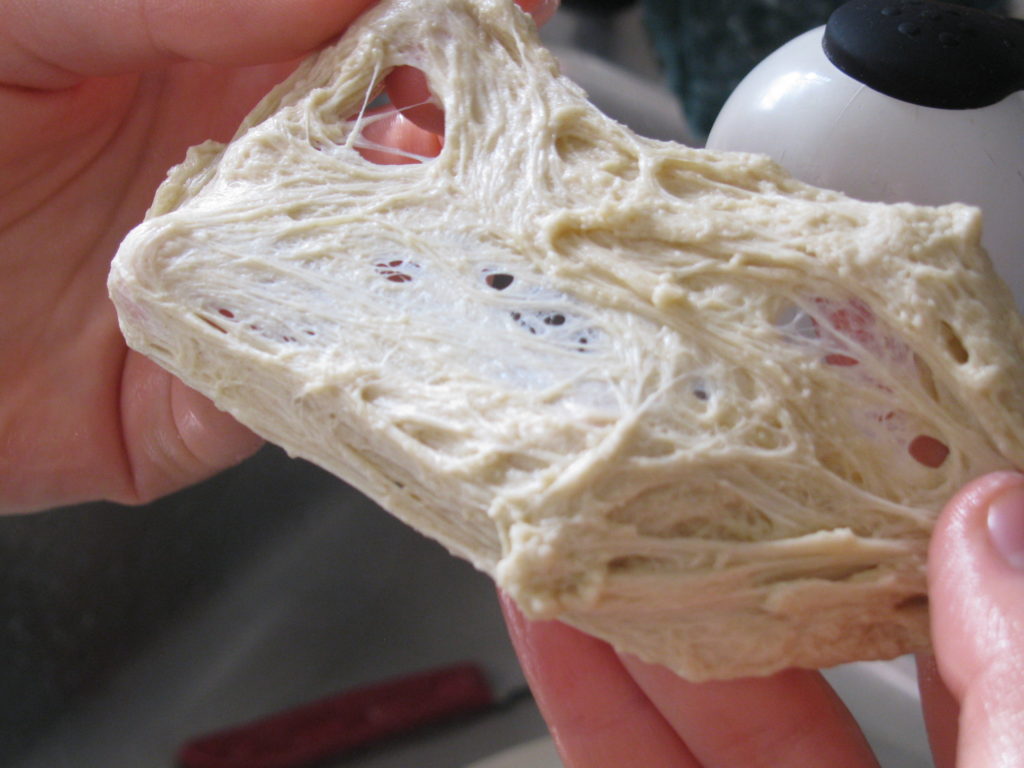 Gluten can be extracted from dough (leaving starch and bran) and is often used as an additive to foods to improve their edibility and as a means to add protein. The extraction process is quite tedious when done by hand, but has been perfected my machines. When extracted, it’s dried and milled to a powder before it is added.

Just to clarify, the gluten proteins found in grains (rice, quinoa, buckwheat) and starchy vegetables (corn, potato, peas) is different than that found in wheat, rye and barley. The elastic proteins found in the later are gliadin and glutenin. Wheat is where you will find gluten most of the time and is pretty easy to identify on a label, i.e. flour. Barley is a sneaky one because it is contained in lots of things that you wouldn’t expect. Almost all beers are made from barley hops or use barley in the brewing process. Anything “malted” comes from barley. Soy sauce, brown rice syrup, caramel color, maltose and often soy and rice milk contain barley as well. Rye is typically found in crackers and cereals.

With the way that foods are mass-produced now, gluten’s ability to add texture and size to a product make it very appealing. It can be hiding in almost anything. For instance, processed deli meats like salami, turkey or hot dogs often have gluten added to them. Sour cream, yogurt, salad dressing, mayonnaise, canned fruits and vegetables, root beer, hot chocolate mix, meal replacement powders, packaged/canned soups, seasoning mixes and chewing gum can all also contain gluten.

In part 2 of my series on gluten, I will look at how the body uses gluten and what positive and negative effects it can have on your health.