As I was walking through the locker room at the gym the other morning the CBS Early Show was on one of the TV’s. I wasn’t really paying attention until I heard a man say “…should people just start taking aspirin as a safety precaution?”. Once I heard this statement, I decided to walk over and see exactly what they were talking about. 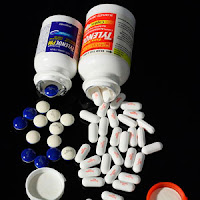 Turns out the story was about a new study just released that suggests aspirin can actually help reduce risk of pancreatic cancer. The study was conducted on 2,128 adults over the age of 55. The study divided them into two groups: those with pancreatic cancer and those without. They were asked to report their use of not only aspirin, but also acetaminophen (Tylenol) and ibuprofen (Motrin or Advil). They found that those people who took at least one baby aspirin a month had a 26% lower risk of developing pancreatic cancer.

The reporter for CBS described this as “significant” and “very exciting”.

While any study that finds a way to reduce the risk of cancer is significant, I was at first upset that the report didn’t mention all of the potential problems associated with taking aspirin or ibuprofen for no other reason than to possibly reduce your risk of cancer. I later found the full video of the report online and was pleased to see that the risks of aspirin were discussed as well. Here’s link to the video.

I’ve seen reports in the past that actually urge people to take a baby aspirin DAILY to help prevent heart attacks and strokes. I also know some triathletes/runners that will pop an ibuprofen almost daily to reduce the inflammation and pain that comes along with the daily training required to be successful at their sport. Neither of these is a good idea.

While you think you are doing yourself some good by taking an aspirin, you are also damaging your kidneys, causing your liver to work overtime to get the toxin’s out – potentially leading to liver failure, irritating your stomach lining (leads to ulcers), and potentially causing Reye’s syndrome in your children by giving them aspirin.

As you can tell, the health complications associated with regular aspirin use are very serious. This is why I was immediately concerned when I heard the report on CBS telling people that aspirin can reduce your risk of cancer. If someone only heard that portion of the segment, like I did, they may just start taking an aspirin before bed each night…thinking they are doing good.

So what should you do to ease pain or even prevent a heart attack or stroke if you don’t want to take aspirin? Keep in mind that I’m not a doctor, so always consult with your doc before doing anything…especially if you are on other medications. That being said, what you eat has a huge effect on inflammation in your body. Stick to eating fish, nuts, fruit, veggies, and healthy oils and you’ll reduce inflammation and your risk of heart disease. 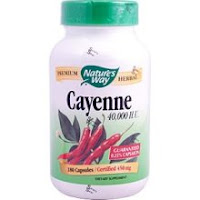 As for a pain reducer, a 30-minutes massage on trigger points has been shown to relieve pain. Taking herbs and natural supplements such as Phenocane, peppermint (not in a mint julep!), gingko, cayenne (not the Porsche), feverfew and passionflower have also been shown to reduce pain.

So if you take aspirin or ibuprofen often I hope that after reading this you will at least think twice about it from now on. The side effects of regular aspirin consumption far outweigh it’s benefits.

In other news…the results of the Louisville Triple Crown of Running have been posted. The three races that I’ve run so far this year (Anthem 5K, Rodes City Run 10K and the Papa John’s 10 Miler) make up the Triple Crown. Each runners combined time for all three races are compared with everyone else that completed them. Here’s how I stacked up: