With Ironman Louisville looming in the not-to-distant future (less than 7 weeks), I’m going to test my skills at a Half-Ironman this weekend. With both of the planned local half distance races being cancelled this year, I was left to searching the Inter-webs to try and find a race that wasn’t too close to Ironman and wasn’t more than a few hours away. It came down to Challenge Cedar Point and The Great Buckeye Challenge. I chose the Buckeye race because it was closer (2-1/2 hours vs. 5-1/2 hours), it was cheaper ($125 vs. $265) and it wasn’t as close to Ironman (8/30 vs. 9/13). 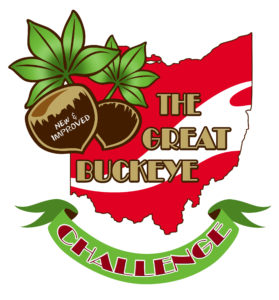 As a bonus, I found a friend that has agreed to go to the race with me, so I’ll have some company for the ride and won’t feel like a total loner before and after the race! Aaron and I plan to drive up Saturday and get there in time for the course talk and preview that afternoon since neither of us have done this race before. I’ve done a triathlon put on by HFP Racing in the past (Deer Creek Fall Challenge), so I expect the event to be well organized.

The 1.2 mile swim will take place in Clarence J. Brown Reservoir at Buck Creek State Park in Springfield, Ohio. The swim course will be a single clockwise lap of a rectangle course. I like the single loop idea because it keeps traffic to a minimum. They are also starting the Sprint and Olympic distance races 20 and 10 minutes ahead of the Half, so it won’t be too crowded out there. Looks like my actual wave goes off at 8:23AM. I also see that they will have new start procedure – sending off 3 participants at a time every 3 seconds until the entire wave has started. I have to admit that I’m not a huge fan of this start method. It takes away from some of the racing and jockeying for position that happens on the run and bike. If I’m chasing down someone in my age group, I won’t know how far ahead of or behind me they started. We’ll see if I feel the same way after the race. Based on pictures from past races, it looks like the water temperature is right on the edge of being wetsuit legal. Some years people have them on, other years they don’t. I’ll take mine just so I have options.

The 56 mile bike consists of two laps going east out of the state park. The elevation profile shows a pretty steady climb for the first 11 miles or so, followed by some rollers and then a descent before doing it all over again on the second lap. There’s a total elevation gain of 1802 feet over the 56 miles. To put this in perspective, the 56 mile loop around Taylorsville Lake that I ride once in a while seems pretty hilly and only has a gain of 1352 feet…so this course definitely has some hills!

The 13.1 mile run course will go west out of transition and will be two loops on a bike path. It looks fairly flat, so that will be a nice change coming off of the bike.

My goal is to hold around 210-215 Watts on the bike with a cadence in the high 80’s. If I can keep the cadence this high despite the hills, I hope to start the run with my legs feeling good.

I will bring my own nutrition for the bike and run and I plan on practicing with what I plan to use during Ironman. My mixture will consist of Plain Generation UCAN (complex carbohydrate), coconut water (for potassium and some flavor) and Hornet Juice (amino acids). I will also take in 2 or 3 packets of Justin’s Almond Butter on the bike. As you might be guessing, this is NOT what most people use as fuel during endurance events. My nutrition will contain no added sugars. Through my strict diet and fasted training over the last 8 months, I’ve become pretty efficient at being able to go for a long time without the simple carbohydrates that are found in most endurance athlete’s nutrition plan (gels, bars, Gatorade, Infinite, Hammer,etc.). I’ve used these more traditional fuels before and the various forms of sugar that these contain will without a doubt fuel you and get you to the finish line…I just want to try something different that doesn’t contradict what I eat on a normal basis.

I’m excited to do a longer race for the first time in a few years and see if my long summer of training has me prepared to bust out a good one!