In part 1 of my series of posts on Gluten, I described exactly what it is and how it’s made. The purpose of part 2 is to give you some details as to what happens to gluten and how does your body use it once you eat it.

The molecular structure of modern gluten plays a large role in how the body breaks it down. In part 1 I described how wheat is compromised of the protein gluten. So when you eat a food that contains a grain, your body first breaks it down into the proteins that it is composed of, including gluten. The gluten is then further broken down into many different components such as gliadins, gluteomorphins, glutenin and lectins (such as wheat germ agglutinin). These sub-proteins of the larger gluten protein are often toxic to our body because of their molecular structure. Without getting into the science too much, it’s important to understand that there is research indicating that these sub-proteins may be difficult for the human digestive system to break down and use as fuel IF your gut is not healthy. With someone who’s gut is damaged through leaky gut or through damage done by aspirin or ibuprofen, the proteins found in gluten can be very detrimental to overall health. These sub-proteins can be broken down into ammino acids that the body needs. However, if your gut does not have a good amount of digestive enzymes and good bacteria, these sub-proteins (especially gliadin), are seen by the body as a toxic substance – causing the body to kick into protective mode and produce antibodies. This initiates an inflammatory response. Every time that gluten is consumed, even in small quantities, the body will have this same response. This will lead to chronic inflammation and degenerative conditions. These antibodies can attack the brain, pancreas, bones, thyroid and other bodily tissues. This is why people that struggle with migraines, depression, IBS, bloating, nausea, fatigue, nerve pain, psoriasis, ADD, ADHD, diabetes and many other chronic inflammatory conditions often report that these symptoms lessen or stop altogether once gluten is removed from their diet. 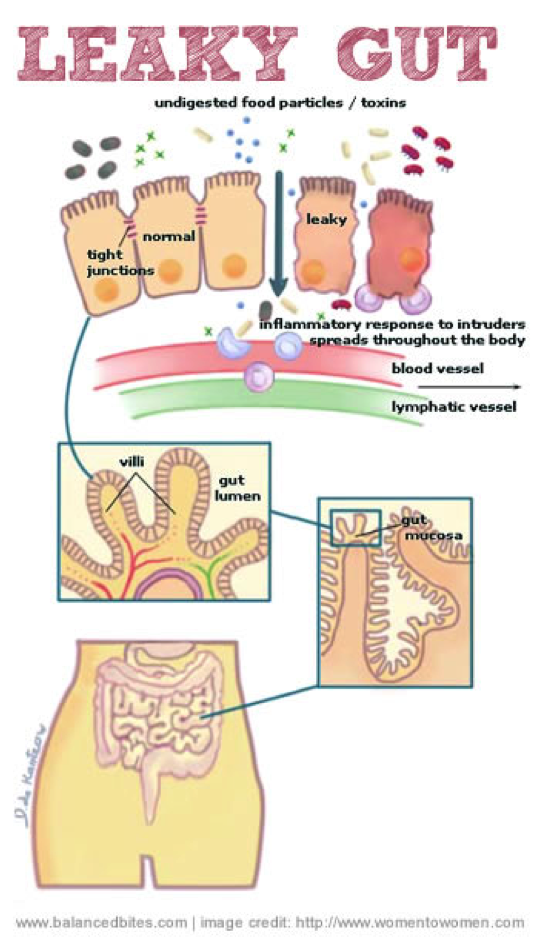 About 1 in every 100 people worldwide have several of the symptoms listed above when they ingest gluten. These people have what is called celiac disease, or gluten intolerance. If someone with celiac disease eats even a tiny amount of gluten, their immune system attacks the lining of the stomach and small intestine – leading to leaky gut – which causes the chain reaction described in the previous paragraph. Aside from those with celiac disease, it is also believed that some people have a gluten sensitivity. This is a separate condition, but it shows itself with a lot of the same symptoms (bloating, fatigue, pain, etc.)

There is research, including a recent study, that stated that gluten sensitivity may not be real. This study, along with a few before it, show that people still reported the same symptoms even when they were unknowingly given gluten-free foods. The findings indicate that FODMAPs are more likely the cause of the symptoms that most people attribute to gluten. FODMAP is an acronym that stands for Fermentable, Oligosaccharides, Disaccharides, Monosaccharides And Polyols. These are short-chain carbohydrates that are incompletely absorbed by the gut and be easily be fermented by the bacteria found in your digestive system. The list of foods containing FODMAPs is very extensive (do a quick Google search if you want it), but some common ones are apples, avocados, garlic, onions, pasta, bread, cereal, sugar (real and artificial), fruit juice, milk, cheese, and yogurt. 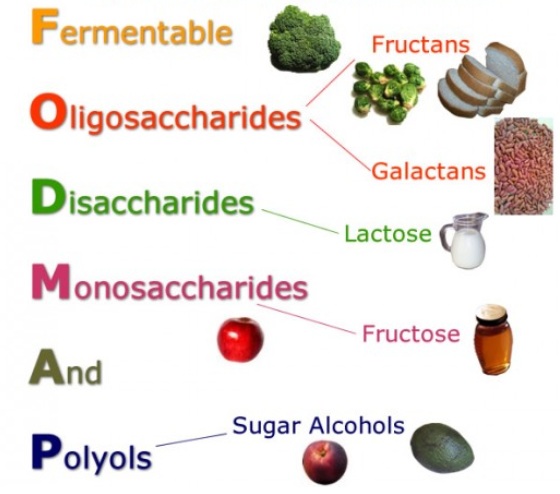 As you might have noticed, foods that contain gluten fall under the FODMAP umbrella. So as the study suggests, it’s no coincidence that when people cut gluten out of their diet, they are also eliminating a large portion of the FODMAPs they were consuming. So while they may in fact feel much better after going gluten-free, they may not have a gluten sensitivity.

Another thing that’s worth mentioning is that the lectins found in gluten are one of the reasons that most people have a tough time giving up wheat. This is because wheat actually has the same component as opiod drugs like heroin in it. The body can also form antibodies against it and produce a neurological reaction to gluten – leading to withdrawal symptoms like mood swings and depression. So giving up gluten is not easy and if you decide to do it, but prepared to ride out some tough days of headaches and cravings.

If you think that you have celiac disease, you can get a blood test done at your doctor to find out for sure. Another way is to completely cut out ALL gluten and FODMAPs from your diet for 3 full weeks and then slowly start adding foods back in one at a time and record how you feel for the next 24 hours. This is very hard to do and most people find it difficult to keep track of.

So to summarize things up, the modern form of gluten that we find on our foods is difficult for your body to digest. It may or may not be the cause of some chronic conditions that you struggle with…and even if you don’t think that you have the symptoms associated with a gluten sensitivity, you could still have inflammation that can lead to long-term health issues. My advice (keep in mind I’m not a doctor) would be to cut out gluten if you experience any of the symptoms I listed previously and even if you don’t have any issues, still limit the amount of gluten in your diet.

In Part 3 of my series on Gluten, I will look at gluten free foods. There are lots of good options and some very bad ones out there!