Do you describe yourself as a “morning person”? Maybe people say that you’re a “night owl”. Do you feel like you have more energy at 10PM or 10AM?

Estimates vary, but up to half are either morning or evening people. However, most people are neither evening nor morning types but lie somewhere in between. According to Dr. Michael Breus, every person has a master biological clock ticking away inside of their brain, and dozens of smaller biological clocks throughout his or her body. But, unlike a normal clock, not every person’s biological clock keeps the same time or even at the same pace. Some people are meant to be more productive in the morning than at night, and vice versa. People fall into different classifications, called “Chronotypes”.

People who share a chronotype have a similar activity-pattern timing: sleep, appetite, exercise, study, etc. Researchers in the field of chronobiology look for objective markers by which to measure the chronotype spectrum. Your chronotype is largely independent of ethnicity, gender, and socioeconomic position…it’s in your DNA!

Finding out your Chronotype will reveal exactly what you need to do to work with your body, not against it. This can be very important when deciding when the best time to train is. Or when you are most creative. Or what time of day your metabolism is at it’s highest.

Dr. Breus developed a quiz to determine what chronotype you are. There are four Chronotypes (Dolphin, Lion, Bear, and Wolf). 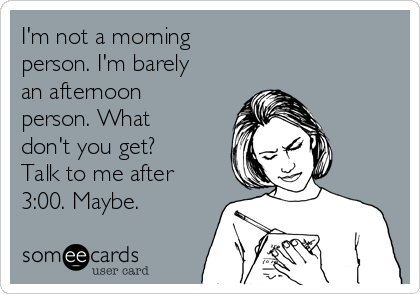 Bears account for 50% of the population: their cycles match the rise and fall of the sun; they get their best work done in daylight.

About 10% of the population are Dolphins: light sleepers, who frequently get diagnosed with insomnia.

Another 15 to 20% are Lions: classic morning people.

Still another 15 to 20% are Wolves, who prefer staying up late.

I took the quiz and it determined that I was a Lion.

So what does that mean?

Real lions are morning hunters at the top of the food chain. This name fits morning-oriented driven optimists with a medium sleep drive. – Nothing shocking here, I get up every morning at 4:30AM to get my workout in for the day! I love being done with my workout before most people even wake up. 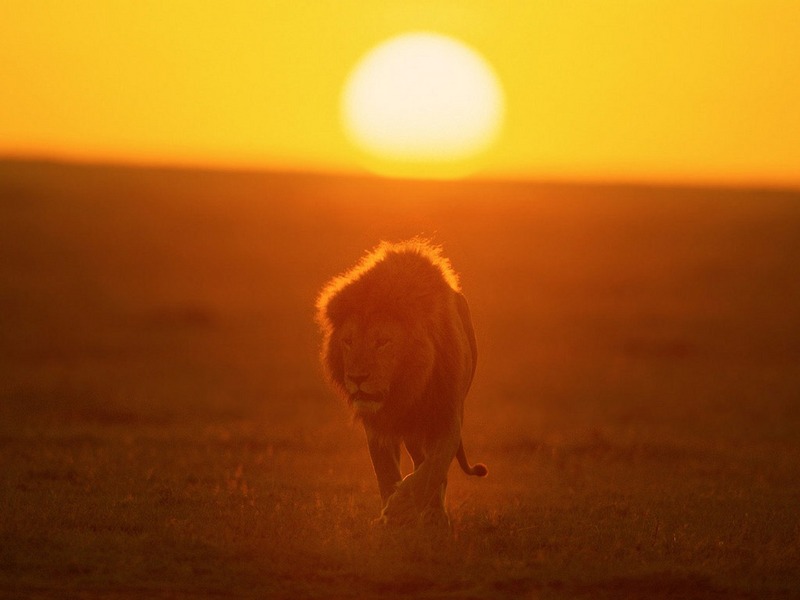 Lions in nature rise before dawn to hunt. They are raring to go—and hungry—at first light. It’s an effective adaptation, since they are most energetic when their prey is vulnerable and sleepy. It is the lion’s ambition to rise to a position of power within the extended family unit, aptly called a “pride.”

The human equivalent also rises before the sun comes up, is ravenous upon waking, and, after a hearty breakfast, is ready to conquer whatever goals he or she has set for that day. Lions burst with purposeful energy. Bright-eyed go-get-’em eagerness might be their defining characteristic. They face challenges head-on, with clear objectives and strategic plans for success. Life is like a straight line. It’s about getting from point A to point B, by taking steps C, D, and E. With their analytical, organized minds, they’re not easily lured by temptation; nor do they take big risks. In fact, Lions steer away from unnecessarily dangerous or troubling situations.

Lions assume leadership roles in groups. As introverts, they find it a bit lonely at the top. Completing a project or task gives them a profound feeling of accomplishment. When things go wrong, Lions take setbacks in stride and calmly readjust their strategy to get back on course. In business, their risks are calculated. No fly-by-night crazy winging it for them. Before Lions start a new venture, they have a business plan with dotted i’s and crossed t’s. And, not surprisingly, the venture is likely to be a success. Most CEOs and entrepreneurs are Lions.

Lions prefer to be around other people, but since they tire early in the evening—having been firing on all cylinders for hours already—they are unlikely to stay out late with friends. They’re usually the first to leave a party, saying that they have to get up early for a meeting or to train for a marathon. In relationships, Lions tend to emphasize the positive and to be “fixers”—trying to solve problems instead of brooding and ruminating about them.

Since Lions prioritize their health, they’re less likely to overindulge in junk food and alcohol. But they can use these substances to calm them down. Lions generally eat a healthy diet of lean proteins and high-fiber grains, fruits, and vegetables. Exercise presents another way for Lions to set and achieve goals, which the majority of them take advantage of. They are the mud runners and CrossFit enthusiasts of the world. Lions tend to have a low BMI and usually rate their overall life satisfaction as very high.

This description could not be more accurate for me. It also confirms that my current “daily routine” is what best fits my chronotype. On the rare occasion that I workout in the afternoon or evening, I have trouble sleeping. When I’m trying to work or write a blog post late at night, I find it hard to come up with the right words.

If I was tired all day, struggled with brain fog or had trouble sleeping, it might be because I was trying to force my body into an unnatural rhythm. I encourage you to figure out your biological predisposition, and then figure out your ideal daily routine based on your chronotype.

You can take the quiz at the link below.

Once you take the quiz, take a few minutes to reflect on your daily routine. Then try to make some adjustments if you are not working on a schedule that reflects your chronotype. Maybe try going to sleep and waking at different times. If you are a wolf, see if you can push your wake-up time back a few hours and maybe work from 10AM to 7PM instead of the normal hours of 8 to 5.  Simply adjusting your sleep could result in a more fulfilling life at work and at home. You could see health issues regress and workouts improve. It’s definitely worth a try! 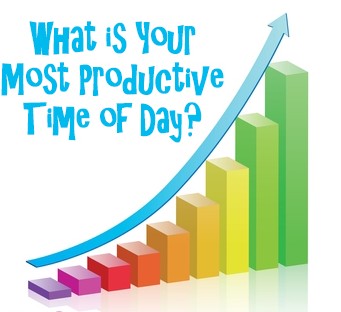 One Response to “I’m a Lion…What Are You?”