This Saturday, a new World Champion will be crowned in Kona, Hawai’i.

After qualification and some recent withdraws, as of right now, there will be 59 pro men and 44 pro women chasing the title.

I like to make prediction each year before the race. I’ve actually had some luck picking in the past, so we’ll see if I can come up with a logical explanation for who will cross the line first this year.

On the Men’s side, the Germans have dominated the race over the last few years. They have 6 of the 12 podium spots over the last four years, including first and second last year. It’s hard to bet against Jan Frodeno defending his 2015 title, but winning back-to-back is very hard to do (only four people have ever done it and they are legends – Dave Scott, Mark Allen, Tim DeBoom & Craig Alexander). So if Jan pulls it off, you can probably start including him in that discussion of the best ever. With that in mind, I’m going to go with my method of looking for this year’s winner from last years podium.

In 2015, Andreas Raelert finished second and Tim O’Donnell was third. As much as I would love to see an American win for the first time since 2002, I don’t think it’s going to happen for Tim O’Donnell this year. I know that he’s “old” by triathlon standards at 40 years old,  but Raelert has tons of experience in Kona, including an astonishing five top three finishes over the last seven years! With that level of success, and after looking good at his comeback Ironman a few weeks ago in Copenhagen, I feel good about him winning a close race on Saturday. He will likely be leading off the bike and trying to hold off Frodeno and Andy Potts on the run. Frodo is racing out of his mind right now, so it should be an exciting race! My dark-horse pick is American Ben Hoffman. He was 2nd in 2014 and appears to be back in top shape after winning the Ironman African Championship earlier this year with a 2:45:50 run split. 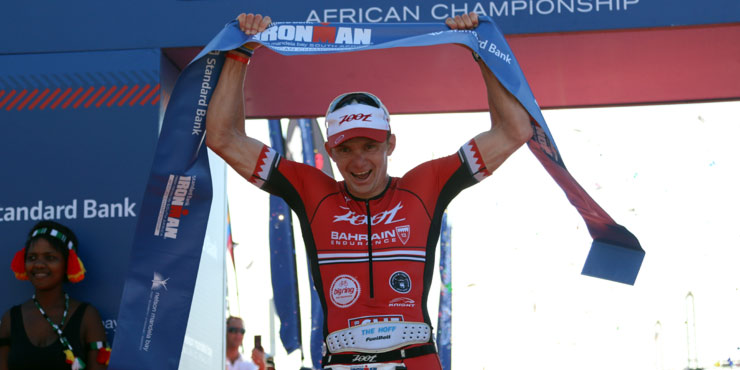 Ben Hoffman holding the tape at the Ironman African Championship

On the Women’s side, it’s likely to come down to the two ladies that have occupied the top spot for the last three years. Mirinda Carfrae won in 2013 and 2014 and Daniela Ryf took home the top spot last year (Carfrae suffered a back injury during a bike crash a week before the race and pulled out during the bike). Both ladies have shown dominant performances already in 2016. At Ironman Austria, Carfrae turned in a personal best 2:49:06 run split on her way to breaking the women’s race record with an 8:41:17 time. Ryf answered at Challenge Roth with a winning time of 8:22:04. These two ladies look to both be in top form, so I think we are in for an exciting race. Carfrae is the fastest female runner (by a lot), so if she’s within 10 minutes of Ryf coming out of T2, she will run her down. Look for Daniela to try and get away on the bike to put a gap on Carfrae. No one can ride with Ryf, but she might be willing to slow it down to take advantage of riding in a group. I’m going to go with Carfrae avenging her 2015 DNF and winning for the fourth time. My longshot on the women’s side is Heather Jackson. She was 5th last year and set the course record at Ironman Lake Placid back in July. 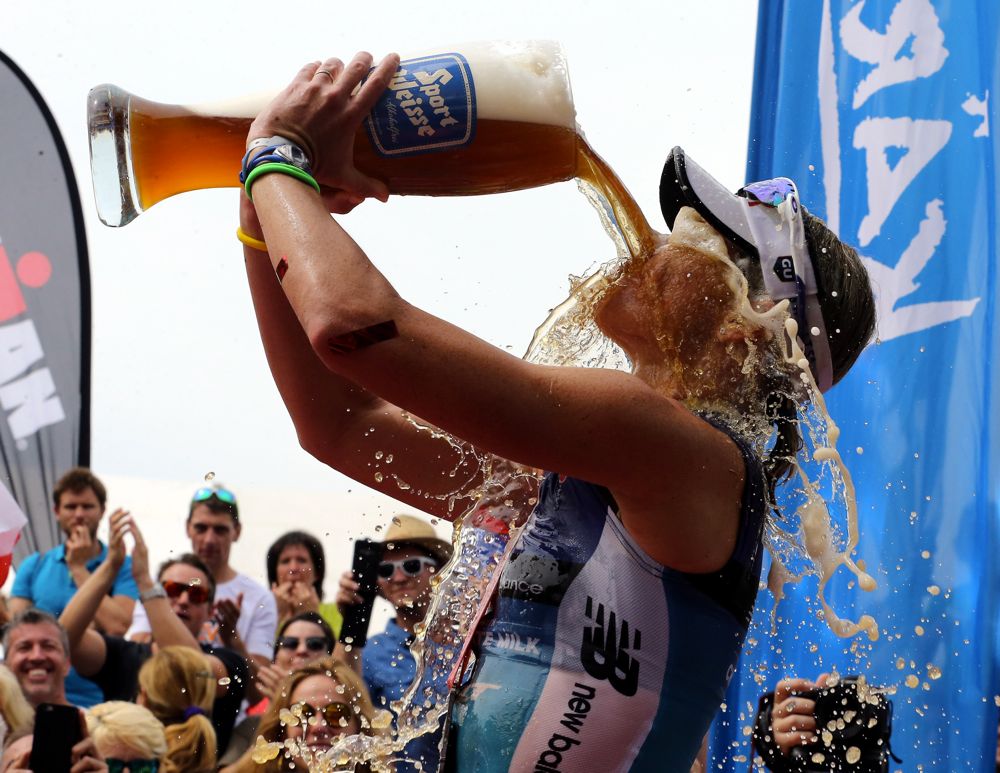 Mirinda enjoying a little drink after the IM Austria victory!

The live coverage of the race is only available online at Ironman.com. It will begin on Saturday, Oct. 8 at approximately 6:25 a.m. Hawaiian time (12:25 p.m. Eastern Time). That’s when the male pros will start, and the female pros will start five minutes later.

You can also follow the race on Social Media for live updates. I usually find that Twitter has the best real-time updates. Look for updates with the hashtag #IMKona.