If you haven’t read the first two posts in this series, please go back and read those first. They can be found at the links below.

Part 2 – What Happens When You Eat It

So in this third and final post, I’m going to explore the ever-increasing world of gluten-free foods. American’s spend over $4 Billion a year on “gluten-free” foods. In just a few years it’s gone from being something that only those diagnosed with Celiac disease had to worry about to a mainstream way of eating. Gluten has become the latest buzz word in the food industry and manufacturer’s are jumping all over it. According to a study done in 2013, about 1/3 of American’s are “trying to cut back/avoid Gluten” in their diet. My guess is that this number is even larger now. Many restaurants and fast-food chains now feature gluten-free options on their normal menu – something you never would have seen just five years ago.

Food companies spend millions of dollars trying to determine what the consumer wants. Right now, at least one-third of those consumers want to see the words “gluten-free” on the product or packaging. The problem is that these companies could care less about providing a healthy product, they just want to make a product that you will buy. So they take something that was unhealthy to begin with, change the way it’s produced so that it no longer contains gluten, and make you think it’s healthy. There are even products that never contained gluten in the first place that are putting “gluten-free” on their label just to appeal to this new gluten conscious consumer.

In the first two posts I talked about the reasons why people might want to avoid gluten. The biggest side effects are chronic inflammation and degenerative conditions. The problem that I see with most gluten-free products on the shelves today is that the alternatives being used instead of gluten are still highly inflammatory and can lead to leaky gut (and everything that goes along with that) as well. Take a look at the label of any Gluten-free food and you are likely to find a flour or grain that is used instead of wheat, rye, spelt or barley. The most commonly used are corn, rice, soy and potato. By now I think that most people are aware of the potential dangers of GMO corn & soy – which is what you are getting unless the label specifically says that it’s non-GMO. Other common ingredients in gluten-free foods are tapioca starch, rice bran and arrowroot starch. Then you get to the ingredients that you can’t even pronounce and have never heard of. Things like glucono delta lactone, cellulose gum, or sodium carboxy methylcellulose. Then on top of that there are the added sugars (or cane syrup, confectioners sugar, molasses, cellulose and dextrose) and unhealthy fats (like palm oil, soybean oil and canola oil). They additives are used by the food manufacturers to make the gluten-free product feel, look and taste just like their gluten containing counterpart. 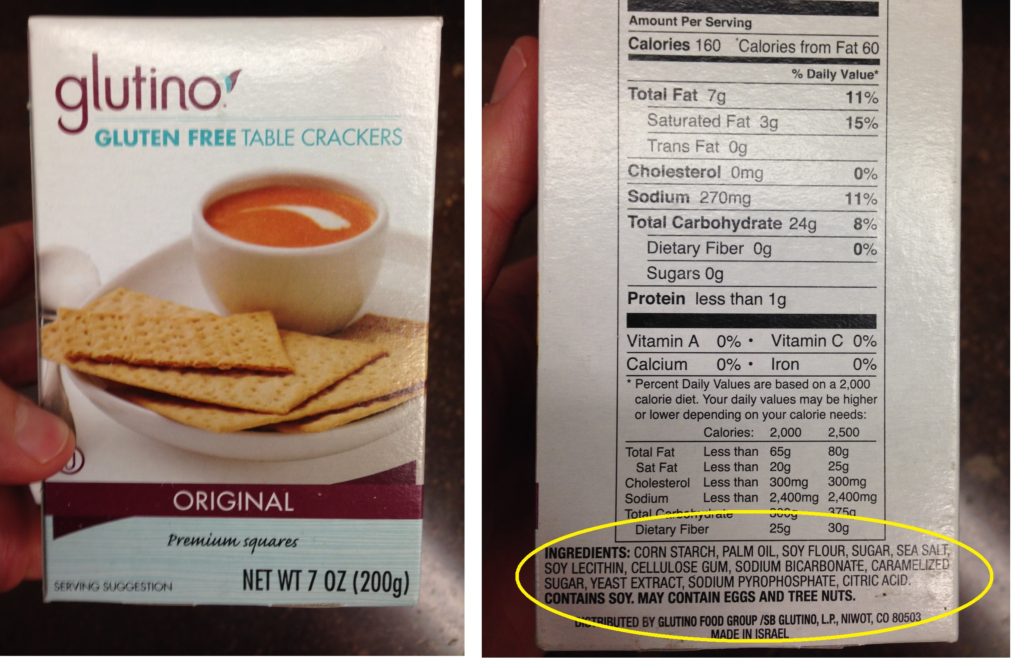 So what’s the big deal, it’s still better than eating gluten, right? Nope. These alternative starches can raise blood sugar higher than even wheat can. Plus, the added sugars and vegetable oils have been linked to weight gain, diabetes, arthritis, heart disease and a whole host of long-term health problems. The ingredients list on gluten-free foods is no different than most other processed foods. People think that they are eating healthy by opting for the gluten-free cookies, crackers or bread. But in reality, these are still very unhealthy food products. The bottom line is that Gluten-free foods are very poor substitutes for products made with wheat flour. 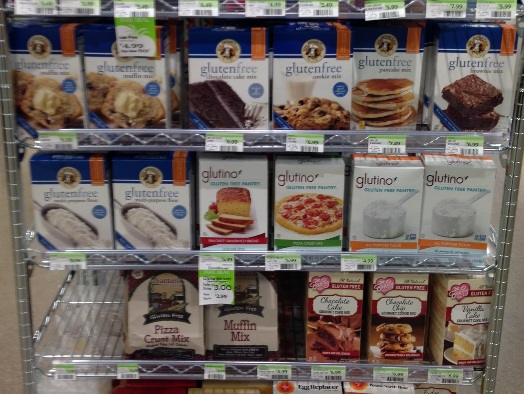 It is important to point out that if someone is “gluten-free”, it doesn’t necessarily mean that they are eating an unhealthy diet. If their diet consists of whole foods and contains very little processed/packaged foods, then it’s likely pretty gluten-free anyway. My suggestion is to read labels on everything that you plan to put into your body. If it contains ingredients that you don’t know or can’t find on the shelf of a grocery store, it’s likely not a very healthy choice. Look at gluten-free foods as no different that any other food that you like to indulge in once in a while, but don’t make the mistake of thinking that you are eating healthy next time you choose those gluten-free pretzels.