If you’ve ever participated in or been a spectator during an Ironman triathlon, you will notice that there are people competing in the race that are not only carrying a few extra pounds, but some that are actually overweight. Even the average spectator understands that you cannot physically complete a 2.4 mile swim, 112 mile bike ride and run a marathon (26.2 miles) without lots of training. So how is it possible that someone could spend countless hours exercising, but still have excess body fat?!!?Keep reading to find out…

Equating exercise with weight loss is pretty common. Most people figure that the more they exercise, the more weight they will lose. While it’s true that exercising burns calories, it’s a big mistake (and very discouraging) to do an excessive amount of exercising with the goal of trying to lose weight.

There is research out there to back this up. A study done a few years ago (link here), that was funded by the state of Washington (always look to see who funds the research!) showed that despite an INCREASE in physical activity by the subjects from 2001 to 2009, there was also a matched increase in obesity during the same time period. They found that there was “low correlation between level of physical activity and obesity”.

The New England Journal of Medicine published a report in 2011 that found that simply eating healthier was the best way to lose weight. As part of this one-year study, one group just changed their diet and did not exercise, while another group both exercised and started eating healthier. A third group just exercised and did not change their diet. The results showed that the “diet-only” group saw a body weight decrease of 10%, while the “diet & exercise” group only saw a decrease of 9% and the exercise only group saw no decrease in body weight!

Aside from the research, all you have to do is look around to see that diet plays a much bigger role in weight loss than exercise does. Over the past 30 years, gym memberships and the amount of exercise the average person does has increased, but obesity has also grown dramatically (pun intended). Over 50 million people in the United States have a gym or health club membership. That’s an increase of 22% in the last ten years! However, over 78 million people in the United States are classified as obese. That number is up over 10% in the last ten years! 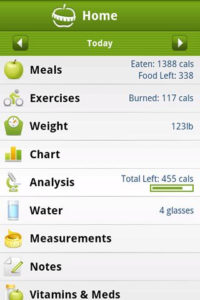 If you look at most “diet” programs and phone apps, they will have you count calories consumed and subtract calories burned (through exercise). So it’s not a surprise that using this logic, one would think that if you exercise more, you will burn off more calories and you will lose weight. Even food and drink manufacturers are using this approach to market their products. I’m always amazed by how many packaged products have the calorie count displayed on the FRONT of the package. This is done to appeal to calorie-counting dieters. Not to mention that the sports industry is full of advertising suggesting that you must consume a certain amount of food or drinks during and immediately after exercising. Most of these products are not only bad for you, but they are sabotaging the good intentions you had by exercising in the first place. 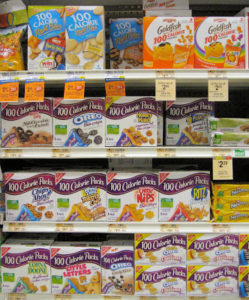 It’s also worth mentioning that not all calories are the same. Studies have shown that calories from different foods are not absorbed the same. Natural foods such as raw nuts, beans, lentils, and most fruits and vegetables are high in fiber, so any starch they contain is surrounded by fiber. Before the digestive enzymes in your saliva and stomach can get to the starch, they have to break down the fiber. This takes time and your body will be able to use these starches as energy instead of storing them as fat. When you eat a refined starch (bread, white rice, fruit juice, sugar, pasta, etc.), there is no fiber to break down, so the starch is quickly broken down into glucose which is then quickly absorbed into the body – where most of it cannot be used as energy and is then turned to fat.

With all this in mind, it’s important to keep in mind that exercise is still a very important part of being healthy. Physical activity is useful in reducing the risk of developing heart disease, Type 2 diabetes, high blood pressure, dementia and other conditions. No matter what your size, 30 minutes of exercise (strenuous enough to break a sweat) daily will substantially improve your health and overall well-being.

The bottom line is, there are overweight Ironmen because you cannot exercise enough to make up for a bad diet. If weight loss is your goal, don’t just sign up for an race, but change your diet and start eating less processed food and eat more vegetables and fruits in their natural form.