I hope that everyone knows the importance of drinking water. Whether you are an athlete out on a long run or ride or just someone that knows the benefits of sipping on water all day, what you drink out of is important.

If you’re refilling a disposable water bottle that isn’t really meant to be used more than once, you might want to rethink that decision. In an recent study, experts found out that commercial bottled water manufacturers don’t recommend that consumers reuse their disposable bottles. That’s because “everyday wear and tear from repeated washings and reuse can lead to physical breakdown of the plastic, such as visible thinning or cracks. “Bacteria can harbor in the cracks, posing a health risk,” they wrote. In addition, “reuse of plastic water bottles can lead to bacterial contamination unless washed regularly,” which entails washing the bottle with mild soap, rinsing it well (but not with extremely hot water) and making sure there is no “physical breakdown prior to use.” 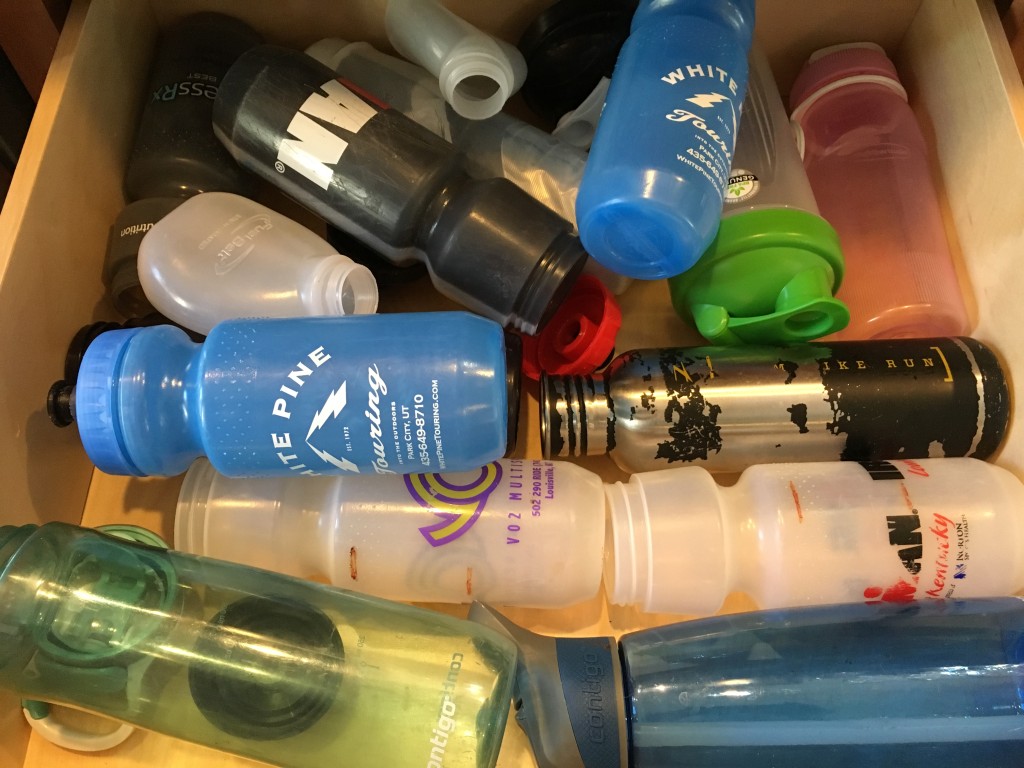 Even reusable plastic water bottles (like the ones we all put on our bikes) could hold bacterial contamination risks, if you don’t wash them or reuse them despite “visual evidence of wear and tear,” according to the study. Bacteria that may settle in the cracks and scratches of the bottle appear to pose a greater health risk than the possibility of chemicals leaching from the plastic during daily risk.

If you’ve ever caught a whiff of a bottle you left on your bike for several months, you know that they are an idea growing zone for those bacteria. In a 2002 study published in the Canadian Journal of Public Health, researchers from the University of Calgary took 76 samples of water from water bottles of elementary school students; some of the bottles were reused for months on end without being washed. They found that nearly two-thirds of the samples had bacterial levels that exceeded that of drinking water guidelines, which may have been the result of “the effect of bacterial regrowth in bottles that have remained at room temperature for an extended period,” researchers wrote in the study.

Unwashed bottles provide the perfect breeding ground for bacteria, notes Cathy Ryan, one of the researchers on the study and a professor of Geoscience at the University of Calgary. She indicated that “bacteria will grow if they have the right conditions,” such as the nutrients from “backwash,” moisture and the right temperature. “Unwashed bottles have all of these things,” she says. 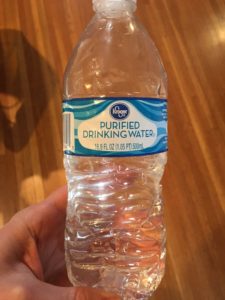 So would just putting your water bottles in the dishwasher solve the problem? While the impact of dishwashing or washing in hot (say 120-degree household hot water) should be minor on the chemical structure of most plastics intended as being dishwasher safe, “disposable bottles” are intended to be used one time and then disposed, not reused. These kind of bottles (pictured to the right) should not be put in the dishwasher and/or reused.

Of course, drinking the water out of a “single use” bottle and then throwing it away or even recycling it seems pretty wasteful. But you can be strategic about what kinds of water bottles you buy and reuse. I use a stainless steel bottle. Glass bottles with protective frames are also safe to wash and reuse daily. If you like a plastic bottle, try and find one made from polypropylene (typically a white plastic).

When it comes to any type of plastic bottles, you can check out the number on the bottom of the bottle to determine if they are safe to use at all.

#7: Bisphenol-A is a major component of polycarbonate (PC) plastics. If you have any of these around do yourself a favor and throw them out. However, not all #7 plastic bottles are polycarbonate. A safe alternative is made of polylactic (PLA). How do you tell them apart? Polycarbonate plastic is clear and very hard. Polylactic plastic has a cloudy appearance and is more pliable. If you’re in doubt about which one you have, don’t guess, call the manufacturer.

#6: Polystyrene (PS) may leach styrene, a possible endocrine disruptor and human carcinogen, into water and food.

#1: Water, pop and juice come in these bottles made from polyethylene terephalate. They are intended for single use only. If you’ve been trying to save the environment by reusing them, you may be putting your health at risk. BPA is leached out of the plastic with repeated use, exposure to heat, or too long a shelf life. When used more than once, these bottles also harbour bacteria. 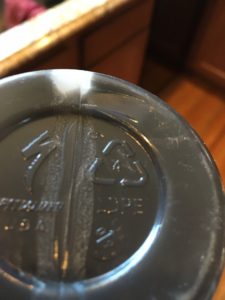 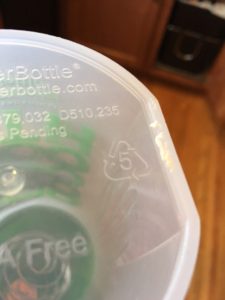 So check the bottles that you reuse and make sure that they are safe. Wash them frequently and let them air dry before putting the lid back on them and storing them. Do not wash or reuse plastic bottles that were intended for “one time use”.

One Response to “Plastic Water Bottles – Is It Ok To Reuse Them?”